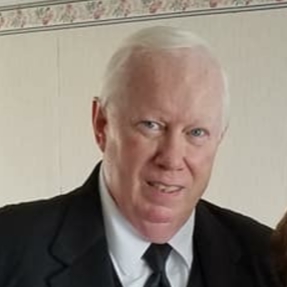 David G. Webster, 74, of North Andover, MA passed away peacefully, with his granddaughter by his side, at his home after a short fight with gastric cancer.

Born in Reading on June 8th, 1948, he was the son of the late Richard and Helen (Nelson) Webster. Raised in Reading, he enjoyed living and playing on his grandfather’s farm. After attending Reading Memorial High School, he pursued jobs at Volkswagen of America, Prudential Insurance, and owning his own printing business. However, the majority of his working years were spent in law enforcement as a police officer and court officer. He married Lillian C. (Pinto) Webster in 1977, and they enjoyed 41 years of marriage before her passing in 2018 of non-Hodgkin’s lymphoma. Lillian was the love of his life and he longed to be reunited with her. The two have one child, Kelly (Webster) Daigle, who they raised in North Andover. She and her husband blessed them with three grandchildren.

David enjoyed watching The Lone Ranger, John Wayne, and James Bond, as well as the Boston Red Sox. He had a wealth of film knowledge and enjoyed quoting classic movies. He loved cooking and baking with his grandchildren. He taught them how to make sugar and mincemeat cookies for Christmas, as well as the secret to making the perfect pancake batter. In his last years, he spent an immense amount of time with his great-grandchildren who he adored. His silly songs and sense of humor were one of a kind and something we will forever remember.

In addition to his wife and parents, he is predeceased by his brother Gary Webster and great-granddaughter Isabella Roy.

He is survived by his devoted granddaughter and caregiver, Samantha Roy and her husband Travis, grandson James Daigle III, and granddaughter Gabriella Daigle. His great-grandchildren, Alan, Lillian, and Hunter Roy, and Harper Daigle. He is also survived by two brothers, one sister, nieces, nephews, in-laws, and extended family.

We cherish his memory and will miss him greatly. We love you, Papa!

Plant a Tree
Events
There are no events scheduled. To plant a tree in memory of Mr. David Webster, visit the Tribute Store
×
×
Donations
[donation_list][/donation_list]