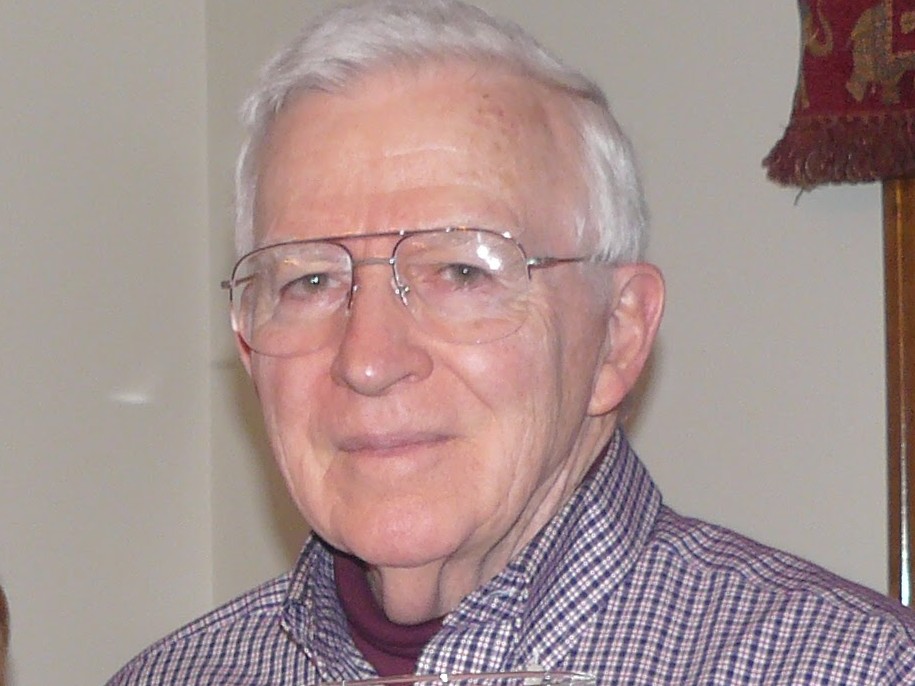 Terrance Patrick Carlin (Terry) passed away peacefully at the age of 93 on August 28, 2022 in his home of 62 years in Marlborough, MA surrounded by his loving family.
Born in Oskaloosa, Iowa on April 5, 1929, Terry graduated from Carroll High School in 1947 and went on to serve in the Air Force during the Korean War at Dow Air Force Base in Bangor Maine. While stationed in Maine, he met and fell in love with Peggy (Margaret Barnes), a nurse at Eastern Maine Medical. Terry & Peggy married in 1953, then returned to Iowa where Terry attended the University of Iowa in Iowa City, earning a Bachelor’s Degree in Personnel Management and Labor Relations. After graduating, Terry & Peggy returned to New England to start their careers and raise a family. One of his first jobs was as a Purchasing Clerk for the Harvard College Observatory. He joined Raytheon as a Contract Manager in 1965 and rose up through the ranks to become Manager, Contract Services & Property Management before retiring in 1992. Alongside his successful career, he enjoyed traveling, skiing, photography, drawing and spending time with his family.

Terry’s true legacy is his family of strong women and men who are proud and grateful to have called him, Dad and Papa. He was the kind of man that when you walked into a room full of people, he made you feel as if you were the most special person there. He was loving, kind, smart, funny, empathetic, supportive and fiercely committed to and proud of his family, frequently saying, “this is what it’s all about”. We will miss him so much!

The family will be having a private gathering in honor of Terry in the near future. In lieu of flowers, please consider performing a random act of kindness or a donation to a charity of your choice in Terry’s name. Terry was interested in leaving the world as a better place for future generations. In line with that interest, he gave to various organizations that helped fight climate change. Two of his favorites were:

Plant a Tree
Events
There are no events scheduled. To plant a tree in memory of Mr. Terrance "Terry" Patrick Carlin, visit the Tribute Store
×
×
Donations
[donation_list][/donation_list]